Sometimes a friendly email brings unexpected genealogy bonuses. My Delaney (and Simpson) cousins are generous with their information about our ancestors, and one of the people who helped my mother and me with researching our book, A Rebel Hand: Nicholas Delaney of 1798, got in touch recently about a visit he’d made to the Royal Botanic Gardens in Sydney.

Back in December 2011 I asked a question: Did Nicholas build the oldest bridge in Australia? Evidence suggests that the Macquarie Culvert, in the Botanic Gardens, is indeed the oldest surviving bridge. True, it’s a small bridge, part of Mrs Macquarie’s Drive, the road Nicholas and his gang of labourers built around the Government Domain in 1816. But it’s still there, nearly 200 years later, and regarded as ‘significant’. 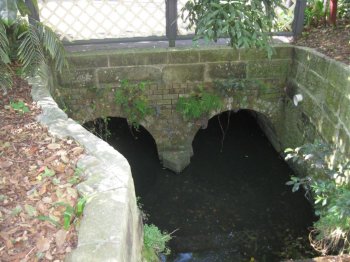 The trouble was, I couldn’t get hold of any pictures to show the bridge after its recent restoration. Then an email arrived from my Delaney cousin Jeff Farrar with some photos of his visit to the Botanic Gardens. “I thought you might enjoy this,” he wrote. Enjoy? I nearly jumped out of my chair with happiness. Jeff kindly gave me permission to post his pictures, so… here are some of them! It goes without saying they are all copyright to him. And wonderfully atmospheric. 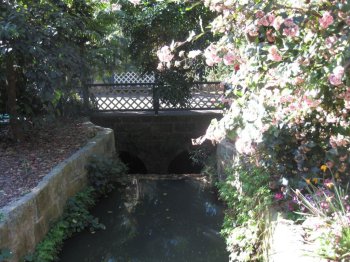 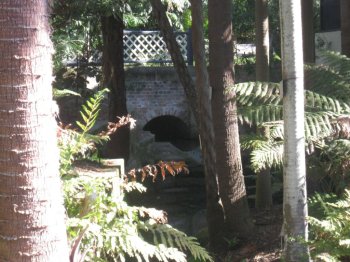 I was stunned, honoured and thrilled to find my name (my real one, Frances Owen) on the list of nominations for Genealogy Rockstars 2013, hosted by the excellent John Reid. Thank you! If you’d like to see the true megastars I’m privileged to be listed with, and/or vote, Anglo-Celtic Connections tells you how. But be quick! Polls close on Sunday. Update: John’s publishing the results daily. Several of my top faves are mentioned:

Votes from the UK and Ireland 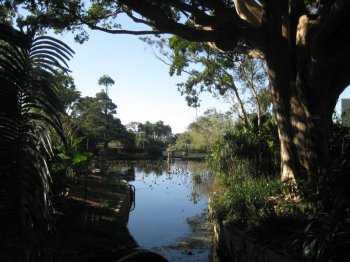 A Rebel Hand is: about Nicholas Delaney, Irish rebel of 1798, transported as a convict to New South Wales, roadbuilder, innkeeper and farmer. My great-great-great grandfather. Other ancestors transported to Australia, like Sarah Marshall, John Simpson and James Thomas Richards, pop up as well. This blog's also about the historical background to their lives, in England, Ireland, and Australia. My respectable Welsh ancestors sometimes get a look in.
View all posts by rebelhand →
This entry was posted in Nicholas Delaney, Roadbuilder and tagged Australia, Botanic Gardens, culvert, Delaney, Domain, Macquarie, Mrs Macquarie's Drive, Nicholas, Nicholas Delaney, Roadbuilder, Royal Botanic Gardens Sydney. Bookmark the permalink.